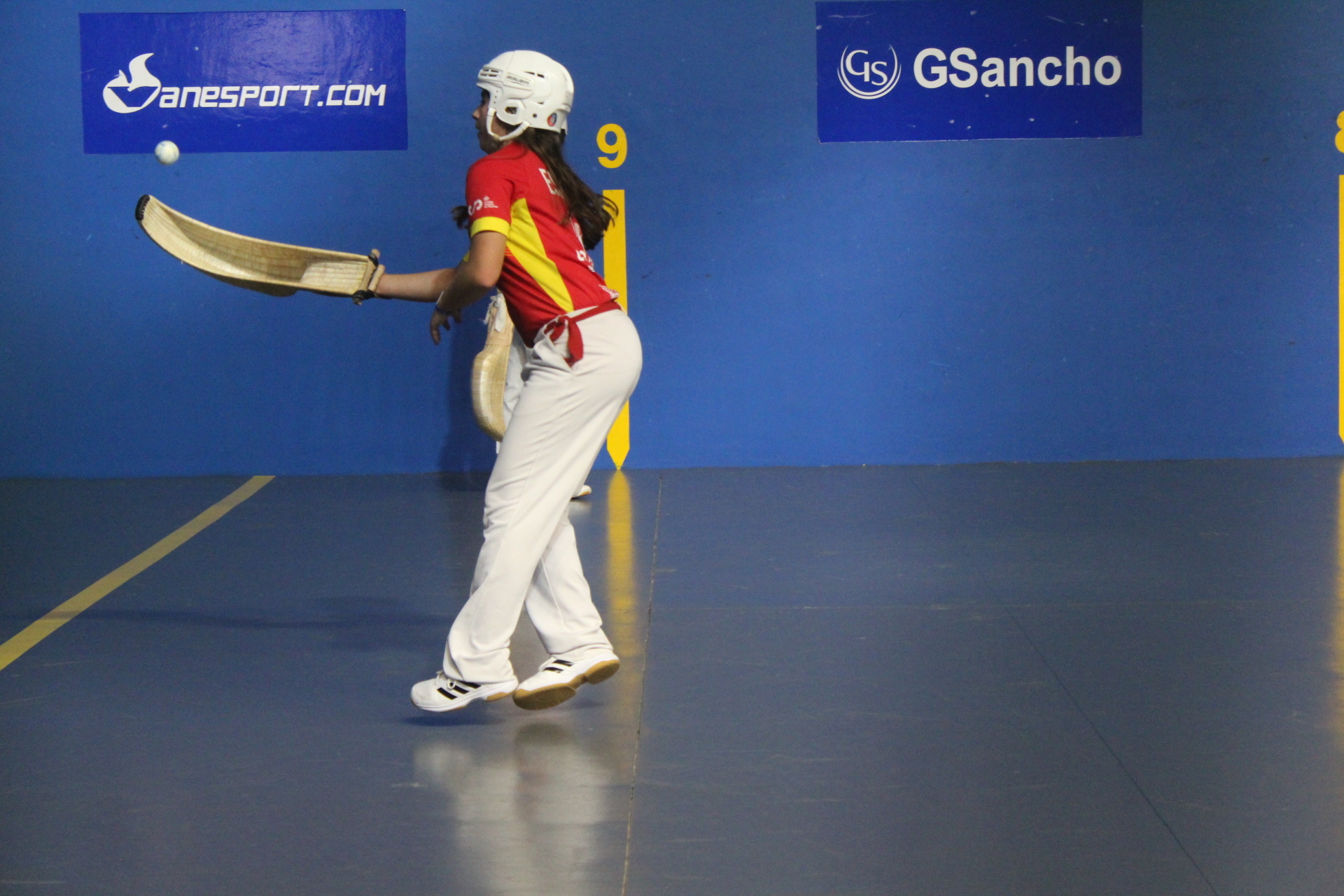 Spain and Mexico in Hand Pairs, Spain vs France in Short Shovel and in Men's Individual Punta Basket France leaves Spain out and they will be measured between the French teams

In Paleta Cuero, Spain and Argentina will play the final after eliminating Mexico and France respectively in two highly contested three-set matches.

October 21, 2021.-  The 10th U23 Ball World Cup has reached its final stretch with the holding of the matches corresponding to the semi-finals of Manos Parejas, individual Punta Basket and Short Shovel and the first finalists of this World Cup are already known, which has been the odd match. surprise with highly contested and fought games by all the countries that have offered a show and good game before a very dedicated public.

The surprise has been the elimination of Spain in the individual Punta Basket where the two teams from France have shown themselves superior to the Spanish teams, displaying a great game against the Spanish who fought to the end but could not overcome the match. Plenary for France in the top basket final, which has managed to put both teams in the final, thus ensuring the first title at stake.

The Vallelado fronton will host, in the afternoon, the first three finals of the World Cup, that of Manos Parejas Spain and Mexico will fight for the World Cup title, that of Pala Corta between Spain and France and the aforementioned Basket Punta between the two teams French. It will be from 6.30 pm. In the morning Vallelado will host the matches to resolve from third to seventh place.

Very exciting day lived today in the Iscar fronton with the matches corresponding to leather palette, with the Mexican duo that has not made it easy for the Spaniards and from the beginning of the game they came out very concentrated and serious, achieving the first points with the applause of his team that did not lose detail from the stands and taking the first game by a resounding 7-15 for the Mexicans. Before the end of the first game Javier Insausti replaced Purroy and the Spanish duo got the second game with the same result but in reverse 15-7. The pass to the final was decided in a third game that was for the Spanish couple by a 10-5. Spain and Mexico played a very vibrant and fought match, typical of a semifinal where no one has won anything and that the public has thanked for the good game of both teams.

The second semi-final between France and Argentina was not going to be a walk for the Europeans either. France started winning, although with highly contested points reaching a 7-15 for France. Argentina knew how to rebuild and managed to take the French duo to the third set by the minimum (15-14). In the third set Argentina was much superior, winning by a resounding 10 to 3. Argentina will face Spain in a final that will be highly contested and exciting where Spain will do everything possible to take the title at home.

In Íscar the semifinals of individual hand will be played in the morning and two matches of the women's basket. On Saturday the 23rd in the afternoon, the Iscar pediment will host the three finals that remain: the individual hand, the leather paddle and the female tip basket